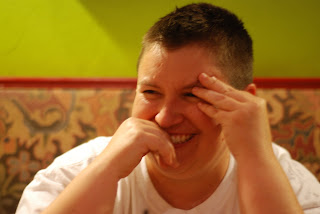 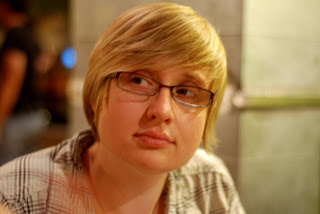 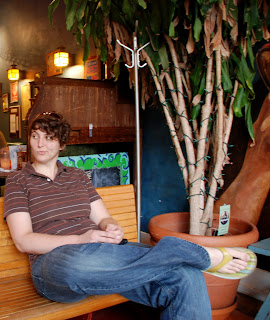 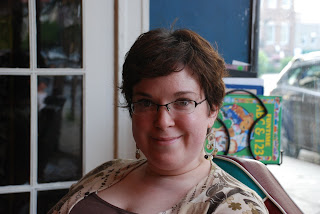 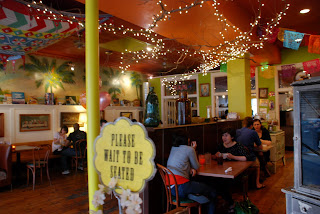 Alex's friend, Danika, came to Baltimore this week, so the five of us went out to Golden West Cafe for dinner. The best thing about this place is that they serve excellent tex-mex breakfast food all day, like chorizo burritos. Their whole-wheat banana pancakes with coconut syrup are also delicious. We went here because Danika is a vegetarian and they have a lot of vegetarian options. Golden West is in Hampden, so it is pretty hipstery and quirky, like the rest of the neighborhood. Good times.
Posted by Adina at 5:32 PM No comments: 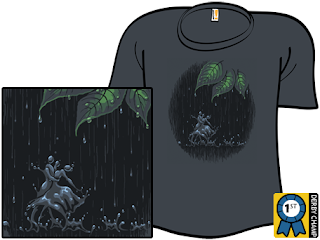 I loved the shirt on Woot Shirt today, so I bought it! It should be here on Tuesday. I am really into t-shirts this summer-- last summer I was all about the button downs, but this year it's t-shirts all the way.
Posted by Adina at 5:29 PM No comments: 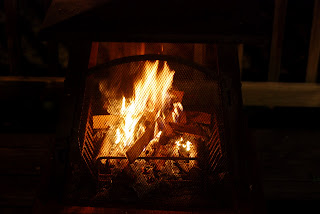 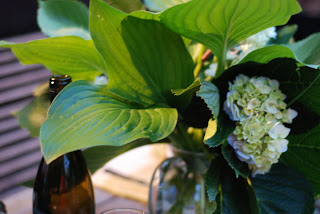 Our friends, Callie and Alex, joined us for dinner earlier this week. I grilled kebobs, and made local roasted asparagus and a rhubarb tart using locally grown rhubarb. We ate, laughed, talked, and drank wine. After dinner, I started a fire in our firepit and we sat around the fire and enjoyed the lovely evening together. It was an awesome evening.
Posted by Adina at 5:08 PM 1 comment:

A Detour to the Filling Station 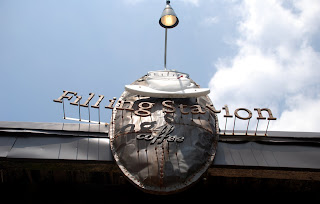 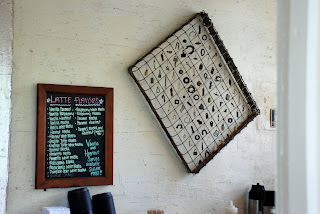 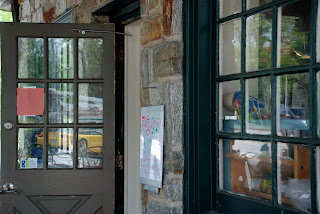 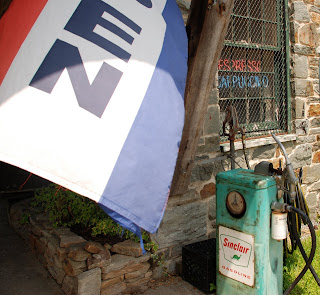 The Filling Station is the only place we go to buy coffee. I am extremely anal about my coffee and usually only drink the cold-pressed Drew's Brews (I have the beans shipped to me from Nashville) that I make at home. The coffee at FS doesn't compare, but it is just the cutest little place, so we try to go when we are out that way. The Filling Station is a small, old gas station that was converted to a tiny coffee shop. The mexican hot chocolate with two shots of espresso is my favorite drink. There is no indoor seating (the place is way too small), but there is plenty of covered outdoor seating. It is in Hunt Valley, right in the middle of Horse Country, so the area is gorgeous. There is a great farm stand across the street that sells fruits and vegetables in the Summer, apples and pumpkins in the Fall, and Christmas trees in the Winter.
Posted by Adina at 10:15 AM No comments: 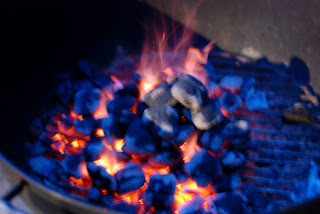 I love when it finally gets warm enough to use the grill. It's so much fun to cook and eat outside. For our first grilled meal this season I cooked up some Italian Sausages and some zucchini-- nothing fancy, just quick and charred. Yum.
Posted by Adina at 10:13 AM No comments:

Blast from the Past 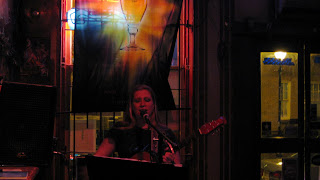 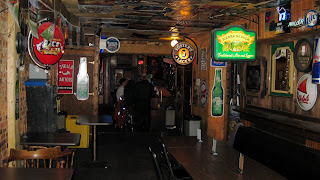 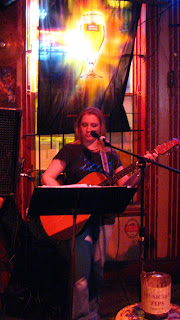 Life is strange. A few weeks ago, Steph was out at a club with Alex and Callie. First of all, Steph being out at a club (especially without me) is a very strange occurrence in and of itself. In the restroom, she happened upon my very first girlfriend, Lauren. Lauren and I dated when I was still in high school. I thought she was very cool because she was in college and had a car. She was also one of about 3 gay people I knew at the time. We dated for a few months and it was very intense, but it ended quite badly. We did not part on good terms at all. You know how young love is...all crazy, dramatic, and filled with jealousy. 11 years go by without her coming in to my life at all, until the night Steph runs into her in the bathroom at Hippo. She and Steph had a little chat in the bathroom and then went their separate ways. The next day I found Lauren on Facebook and sent her a message saying that I heard she met Steph and that I hoped she was well, etc...you know, pleasantries and such, but definitely opening up the door for further communication if she wanted. So now we are forging ahead again as friends and it has been a lot of fun so far.

Lauren is an aspiring musician and she is quite good. On Thursday night we went to Fells Point to hear her play at a bar called Leadbetters. Leadbetters is a total dive, but the drinks are good and cheap, it isn't pretentious at all (a rarity in Baltimore), and the crowd is very friendly. Lauren was awesome. We will definitely go to more of her gigs in the future. She is playing on the main stage for Baltimore Pride this year, so you should all come to that and see her play.

The lighting was crap, you know how I refuse to use a standard flash, and I didn't have my DSLR, so please excuse the grainy pictures.
Posted by Adina at 9:58 AM No comments:

Adina
I like to take peektures to document the mundane details of my life. :-)

This is a Flickr badge showing public photos from booiecanoe. Make your own badge here.

it's what's for dinner